This is not new, but though crucial to have a plan for. In short the public safety sector is on the verge of a major digital transformation and has been for a long time with slow progress or even non in some cases. While still trying to solve issues that came with the transition from fixed lines phones to mobile that happened 20 years ago, but there are an even bigger problem, The Generation Z.

The Generation Z has grown up with WhatsApp, Kik, Snapchat where instant messaging and social networks as their core foundation of their daily communication. Not having the Public Safety functions available in these context creates a barrier, they are used to share location, images, videos to anyone and not being able to do that when they are in an emergency is somewhat a cruel wakeup call. Imagine the reaction telling them that they can’t send an dinosaur “old” SMS to the emergency service for help in many countries or even find them properly.

Lets step back a bit.

I have made a lot of research in the EU and US public safety sector to see what kind of initiatives there are out there. The biggest initiative are driven by the NGO organizations NENA www.nena.org in USA and EENA (European Emergency Number Associations) www.eena.org

In USA the first 9-1-1 call was made back in 1968 and has been well established as the single number to dial in case of an emergency since then. EU is a very different story, many countries have more options than 112 in case of an emergency. For example in Croatia you can also alongside with 112 also dial 192 for Police, 193 for Fire, 194 for Ambulance and 195 for Maritime search and rescue. This is a burden that should not be put on the individual to make the correct call in distress.

This is where the EENA organization play an important role in EU, to raise awareness of the single number 112 to be used in any case of emergency. Also it clearly shows the need of this efforts due to the slow awareness adoption throughout the EU with a staggering low number of 27% are familiar with the 112 number and would dial it in case of an emergency. As a Swedish native born in the 80ties this is hard to understand. We have had a single number for any emergency situation for a long time in Sweden first 90 000 and from 1996 we use 112.

According to wikipedia the only countries that have 112 for all services to reach police, fire department and ambulance is currently Sweden, Bulgaria, Estonia, Finland (Åland), Iceland, Lithuania, Romania in the whole EU which shows the issue with adoption.

All of this made me decide to go to the annual EENA conference in Prague in 2016 to meet the industry which was very insightful in terms of trends and current progress of difference initiative in EU.

The EENA conference took place on the Clarion Congress Hotel in Prague and all-in-all was very proffessional executed with very insightful sessions combined with a very friendly atmosphere it was no doubt a great conference. I have tried to summarize the trends below.

The trends this year was mostly around social media, caller location with the initiative AML, reports of the work around NG112, eCall and the rise of drones. That said, it might be the case that I am a bit biased about these topics and got some extra attention. I would like to have seen more sessions about future outlook in how to integrate processes and data from IoT, eHealth and other wearables to first responders.

Since its a bit of a new application for Public Safety / First responders point of view, but there are a lot of potential in having these available in different scenarios.

One company who was making a lot of buzz during the EENA event was DJI. They did have a showcase at the event showing different payloads for their DJI phantom series such as thermal camera, HD camera and other sensors. The #drones4good mantra that they are using for marketing is trying to reverse the negative word “Drone” that usually associated with war.

The two different classes of drones usually for in use for first responders are fixed-wings and copters. These have different properties and should be used in different scenarios.

Copters usually have shorter range but are easy to deploy. Fixed wings are better suited when a longer flight time is required and can carry heavier payload, thought are a bit more cumbersome to deploy and usually a bit more expensive. To get the maximum usage of fixed wings they would be controlled using telematic, maybe cellular (3G/4G) connection. Still there are a lot more to work on in terms of regulations and to be able to fly autonomously with the possibility to flight out of sight would take the fixed wings and emergency response to the future.

This is and have been a growing issue since the introduction of mobile phones twenty something years ago which introduces both drawbacks and benefits. Be able to report an emergency wherever you are is great progress, but it introduces major drawback in terms of location. The database of fixed number registered to a location is now obsolete when using a wireless connected phone.

Not only the mobile phone caller location is an issue in many countries but also the routing of the emergency calls to “wrong” PSAP and lack of data sharing between the PSAPs due to the cellular towers in rural areas. This has made headlines in the USA where lives has unfortunately been lost due to this issue.

Since they are not knowing where you are calling from this is a huge issue; not always known by the public expectations might be a bit skewed. To mitigate this USA the FCC has enforced this to the MNO´s with the E911 (enhanced 911) program to regulate this into different phases for the MNO to implement technology to meet the accuracy requirements. Regulatory requirements for a z-axis is also coming into effect in the near future in USA. Technologies as Bluetooth LE and WiFi is also highly interesting for determine a location indoor.

The AML project was initiated due to the lack of regulatory efforts in fixing the caller location issue by EU to make any progress to get similar existing solution in USA and Japan.

AML stands for Advanced Mobile Location, to put it simple AML is an implementation to use the handset location data and send it to the PSAP as a SMS, even though its misleading name I would say it’s a simple and pragmatic solution to solve a complex problem with the caller location. It was pioneered in the UK by Sony and HTC with the 999 service together with British telecom (BT).

Due to the fact that providing PSAP with handset location data directly instead of having cellular towers with the MNOs involved this is a great way of solving a complex problem with a low investment cost for the MNOs.

There are some hurdles though, it has to be developed and implemented by every phone vendor company such as Google (Android), Apple (iOS), Microsoft (Windows Phone) which requires PSAP, MNO coordination in each country.

The way AML is implemented is to send one location, it means that for a moving target this will be problematic and the only way of sending a new location is to redial 112. As an example if you are drifting in a boat or calling from a car when you have been kidnapped, though these are some edge cases I would presume.

Current rollout of AML in EU is slow, but it’s happening. The only major vendor that supports the AML implementation is Google (Android) on phones HTC, Sony, Alcatel it has already saved lives in Lithuania where a child called 112 to report his father who was unconscious where they successfully located the caller location via AML.

Another drawbacks is that roaming emergency calls will not be supported initially due to the implementation of SMS system where you can end up sending an AML SMS to your local country PSAP whilst you call will be to the current country PSAP which will naturally would be a bit of an issue. This will of course change in time and a project called HELP-112 is http://www.help-112.eu

You can read more about AML here

As mentioned before location data is a huge challenge but also in the connected everything and the internet citizen keep up with the trends of Apps creating a fragmented ecosystem with different solutions and systems for each country and without any steering or regulated efforts this will be a real mess. In EU EENA has addressed with documents published on their website, not sure how many vendor has knowledge of this document.

I am not going to dig deeper into the future, but here are some topics that I think is relevant when talking about the future of Public Safety.

With all these things going through a digital transformation there are some dark clouds ahead though.

Challenges with digital threats, if PSAP infrastructure is hacked the citizen would be completely without 112 services,herefore a digital strategy needs to be implemented in public safety for NG911 and NG112. PSAPs needs to work more closely with infrastructure to be able to use data from different services in the community i.e. to take relevant measures and protect important functions in the society

The future emergency service MUST work more proactively and be alerted from different entities in the connected society. 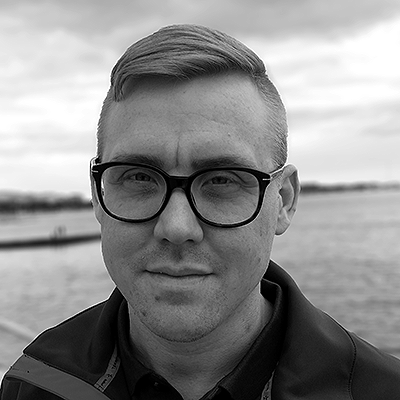